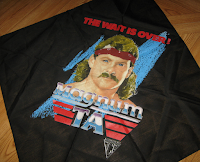 No matter where you look, only one name has dominated wrestling chatter this week: Daniel Bryan. After months and months of "will he or won't he" speculation, the popular superstar announced his retirement at the age of 34. Because of his fan following, his announcement won't likely end the speculation for all. The abruptness of the announcement coupled with legal entanglements with WWE won't allow some of his fans to completely give up on someday seeing the "Yes" man back in a squared circle.

In discussions of Bryan's early retirement, I saw some trying to find a comparison. Another star who had their career ended during their prime or perhaps had yet to even see their best years. Only one name truly fits the bill and, in a way, the story is probably even more tragic than the Bryan injury. That individual was Terry Allen, known to the wrestling world as Magnum T.A. 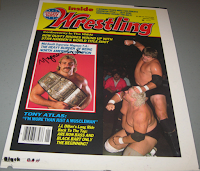 October of 2016 will mark thirty years since the tragic automobile accident that nearly cost Magnum T.A. his life. Only a few years into his career, Magnum had already made his way through several major wrestling territories including Florida and Mid-South. He was now in Jim Crockett Promotions which at that point was by far the biggest brand under the NWA banner. He was a nationwide television star thanks to Superstation TBS, and he was the protege of "The American Dream" Dusty Rhodes both in and out of the ring. 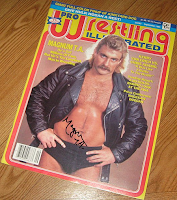 Magnum had a true gift. He was able to win over the NWA fans despite not being the most technically sound wrestler to ever step through the ropes. He had the great look and the intangibles that Dusty, as his mentor, knew how to best utilize. Truly, Magnum was on his way to the top. Feuds with hated villains of the promotion only cemented this. To this day, fans fondly remember the "Best of Seven" series of matches against Nikita Koloff or Magnum's conflict with Tully Blanchard that saw its peak at Starrcade 1985 in the brutal "I Quit" match. 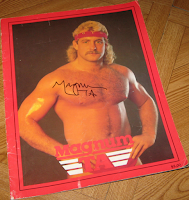 Magnum also saw quite a bit of marketing despite starring in the wrestling company that was lesser known for such things. Dusty and the others recognized Magnum's fan following, especially among females. Similarly to the Rock 'n Roll Express, much of the merchandise was designed to appeal to those screaming ladies, desperate to get a glimpse or even a touch of their favorite mustached star. From bandanas to posters, Magnum's mug was one of the most marketed by Jim Crockett Promotions. An over-sized photo book, very obviously marketed to those with an eye for the rugged idol, was even produced. After Magnum's accident, many of those same images made it into the famous NWA trading card set by Wonderama. Even if he could no longer step through the ropes as a competitor, it was obvious that his image was still selling. 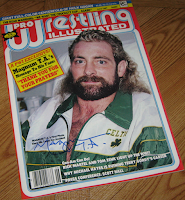 The comparisons with the Daniel Bryan retirement end in a place where more question marks arise in the case of Magnum. Whereas Bryan, albeit briefly, got to reach the pinnacle of the business with his World Championship win, Magnum did not get to see that. Almost all involved agree that Magnum was being primed for a run with the NWA World Heavyweight Championship, but the accident ultimately prevented it. While Bryan got to hoist "Big Gold" high, Magnum did not get the chance, ironically with the original version of that same belt. 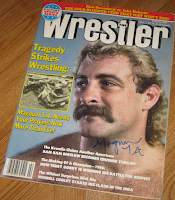 Perhaps an even bigger question is if and when Magnum would have shown up in the WWF. Nearly every major star eventually appeared there, and there is no doubt in my mind that Magnum would have followed eventually. His television-star looks were exactly what the WWF was built upon in that era. While he may not have had much room at the top with the other star power in the company during what would have been Magnum's prime, it's easy to imagine him in the ring with the likes of Razor Ramon and Shawn Michaels in the early '90s in a solid upper-mid-card position.

I've seen first hand the impact that Magnum had on the fans of the era. Despite being left with a few small reminders of his accident, fans still completely lose it when meeting the fabled star. From his regular showings at the Charlotte Fanfests to rare appearances in the Northeast, location matters little. People all over were touched by Magnum. This leaves me with no doubt that his career could have gone much further, likely in any promotion, had the accident not occurred. Just like with Bryan, it's what the fans wanted to see.

Terry Allen is not a bitter man. He recognizes his potential, but also knows that there's nothing that he can do to change history. He carved out a happy life for himself post-wrestling. If Magnum T.A. can do it, so can Daniel Bryan. Not all careers have story book endings, but that fact has little to do with cultivating a happy one.
Posted by J\/\/ at 7:00 PM