NWA Fanfest & The Horsemen Reunion Is Only Two Weeks Away! 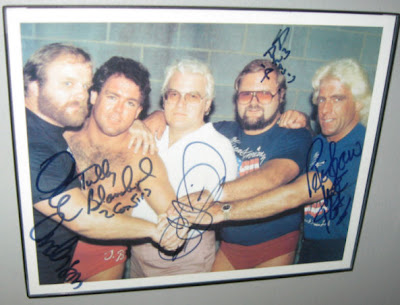 August is near, and that means it's time for the annual NWA Fanfest in Charlotte, North Carolina. This year my crew and I will be returning for what is already the biggest Fanfest of all-time. With over EIGHTY wrestling superstars appearing over the four day event, some who have done little to no appearances in a convention/fanfest/signing atmosphere, this will be an event long remembered. 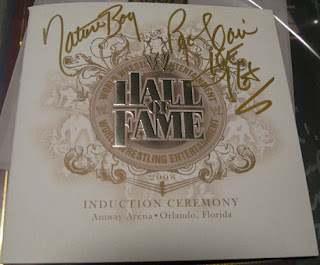 While Fanfest always causes a major buzz among wrestling collectors and convention goers, this years event is garnering even mainstream wrestling coverage due to the COMPLETE reunion of the Four Horsemen, more notably the ORIGINAL Horsemen. Ric Flair, Arn Anderson, Tully Blanchard, Ole Anderson and manager J.J. Dillon will all be appearing at the event, not to mention later Horsemen members Barry Windham and Lex Luger as well as their valet Babydoll. For a myriad of reasons, not one hyperbolic, this could very well be the last time all of these stars appear in one place.

Fanfest, however, is more than just autographs and photos. It's also wrestling matches, question and answer sessions, and the Hall of Heroes banquet and induction ceremony, where promoter 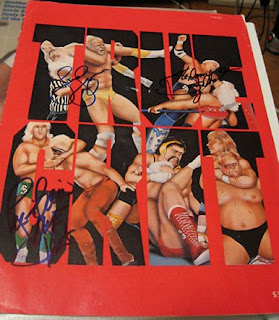 Greg Price will induct a handful of wrestling legends into the NWA Fanfest Hall of Heroes.

Perhaps the one event I myself am looking forward to the most is the "25 Years After Starrcade" question and answer session. This session will see Ric Flair and Harley Race up on the stage taking questions from the convention goers. Folks, I think I can truly die a complete wrestling fan after this one.

I get no kickback for this, but if you are a fan of wrestling, you owe it to yourself to join us at this once-in-a-lifetime event. It's an eight-hour trek for my crew, but we always said we would return to the NWA Fanfest when the stars aligned, and there is no better year to go than this one. Tickets are still available at NWALegends.com. You will not regret it.

I've peppered this blog entry with some of my favorite autographed Horsemen-related items from my own collection. I'm sure there will be a few more in two weeks!