I’ve said time and time again that I don’t like to make this blog about me. It’s about the memorabilia and the personalities who’ve inspired it. Sure my picture shows up now and then, but I like to keep 95% of the content as items that YOU yourself can own. With that out of the way, I thought it would be nice to go a different route. I’ve been interviewed several times in the decade plus since I began the blog, both in writing and audio. Some of those made it out, some didn’t. Since I do often get asked a lot of those same questions, I thought it’d be fun to throw a sort of “FAQ” out there. Remember when every site had a FAQ? It’s a collection of questions (and my answers) from several different interviews over the years. And yes, you get a generous dose of my mug, too. 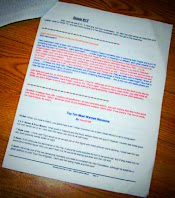 What made you decide to start the blog?

The blog initially rose from the ashes of my newsletter. I published an online newsletter in the late ‘90s, when AOL was still a big deal. I had thousands of subscribers all over the internet, but since AOL was still so prevalent I did two versions, one with AOL supported “graphics” and one without. I loved doing it, but being high school age at the time I had all of the other time-consuming activities that come along with that, so it just sort of faded away. In the decade or so between the two I always had people asking what happened to the newsletter. I even had people asking friends of mine what happened. I knew I had to do something. Blogging was getting big and in 2009 I decided to return in that form.

No one was writing about it then. In the late ‘90s especially, but even in 2009 when the blog came along it just wasn’t a thing. Everyone wrote about the latest episode of Raw or reviewed old shows. No one was doing memorabilia. Even today while everyone and their mother are talking figures, very few are doing the “deep dive” into other forms of merchandise. I’m very proud to say that the blog is still the only source of information on so many of the items that we’ve covered.

Does all of the memorabilia shown belong to you?

99.9% of it. Very occasionally I’ve done otherwise. For a small handful of entries I was provided with some photos by someone who was involved with an interview or what have you, but I’ve mainly stuck to my own items. When it’s not being photographed it’s just sitting collecting dust, so it may as well be useful. Also, it eliminates the issue of getting clearance from others to use the photos. The photos from the blog show up everywhere. If I had a buck for everywhere I’ve seen my “glamour shot” photo of Michael Hayes’ “Off The Streets” album… But ultimately I don’t mind. I enjoy a brief link posted if someone does use it. I never got into watermarking photos other than a few vintage shots that I’m fairly confident have been printed nowhere else.

How did you decide to go weekly?

I just sort of fell into it. At first it was whenever. Then it got into “Thursday at 7” to the point that I had people saying that to me at conventions. Now that was cool! A few years ago I quit doing it weekly. I try to do it twice a month, but sometimes it’s more and sometimes it’s less.

Why did you drop the weekly format?

I felt myself doing more and more filler content. Not that those entries weren’t as enjoyable, it always surprised me which ones drew more attention that others. I just felt that the old adage of “quality over quantity” was beginning to come true. I still cringe when I do so many modern figure reviews in a row, but sometimes it happens. The figure reviews, despite all of the other figure resources out there, still seem to get the most attention. When something begins to be less enjoyable to me, I send to shy away from it as I think most people do. The “no deadlines” format makes it much more enjoyable. 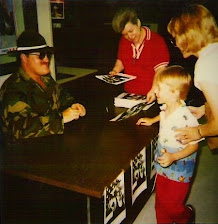 You’re well known for attending many wrestling conventions over the years. Why not more coverage on that?

I think that aside from “what happened to the newsletter?” this is the question that pops up the most. I’ve done my share, but when it came up that I was going to a show I’d always hear “I can’t wait to read the blog entry!” I loved that. Anytime that people actively want to read your work is an honor. I just didn’t want to get into reviewing the shows. I did a lot on the Charlotte Fanfests, both in advance and in retrospect, but they were different. I have countless stories from virtually all of the conventions that I’ve attended. I’m fast approaching the 20th anniversary of my convention-going and 35 years of meeting wrestlers, so the stories are coming eventually. I’ve always thought they’d be best in a format different from the blog itself. Though I’ve strayed on occasion, memorabilia should still be the focus. 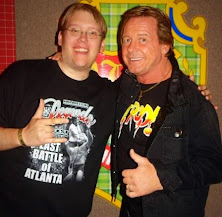 Can you at least tell us your favorite to meet?

It’s difficult. You’ve got the ones who gave an outstanding experience, you’ve got the personal favorites and then you have the ones who went beyond just the proverbial “meet and greet.” I’m a fan. Have I made a few paychecks from the business? Yes. But I am not nor will I ever be “in the business.” I have never been out to make friends with any of the stars, either. I show a lot of respect in my interactions, as all fans should, and that often endears me to the stars who are used to every sort of behavior that there is. Because of that, I do count some as friends. To answer the question (finally), I’ll give a safe and true answer: Rowdy Roddy Piper. They didn’t get any better as far as fan interaction. Bar none. I can remember something from each time that I was “In The Pit” with Piper. 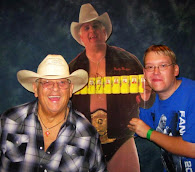 How about your favorite piece of memorabilia?

I always go back to “Big Dust.” I have five all-time favorite wrestlers and I’ve said countless times that if I had to pick one it would be “The Dream.” He was such a unique person and equally as unique to meet. That being said, it makes sense that my favorite item is one of his. It’s a (larger than) life size standee for the Mello Yello advertising campaign featuring Dusty and the NWA collectible cans. Getting it signed was my second-to-last time visiting with The Dream and one of the most memorable, for sure.

Do you sell memorabilia?

Ah, here we go, one of the other most often asked questions. I do have an eBay account and have been selling for over twenty-five years. Although I do list “doubles” of things that I have in my own collection, it isn’t all wrestling. I very rarely, if ever, sell anything shown here on the blog. Would I for some crazy, ridiculous amount of money? Everyone’s got a price, but the amount that I would ask for my personal collection is far beyond what it’s worth. I hesitate to say even that much, but unless I can sell the whole deal and comfortably retire, it isn’t happening.

What’s in the future?

I think that the blog will always go on in some form. I’ve recently started vlogging and find it very enjoyable, though not as convenient to create as a traditional blog entry. The word “podcast” has come about both in my own mind and from others mentioning it to me. It’s intriguing, but I don’t know that it will happen. I’ve also noticed a troubling trend. It seems to me that the most success in recent years, between wrestling podcasters and wrestling entrepreneurs in general, has come to those who are assholes. I hate saying it so bluntly, but so many of these successful folks treat their fans/followers/paying customers like dirt and/or act like God’s gift. I don’t have to name names. I always based my writing style, especially here in the blog, off of three people. Two of them are/were outside of wrestling, but the third was the late “Wrestling Chatterbox” Georgiann Makropoulos. She was one of the kindest people you could ever encounter and, despite all of that, was a great success in the business for five decades. I wanted the blog to emulate her easygoing style and be sort of a “bright light” in the wrestling world. In the past five, six, seven years it’s obvious that it doesn’t work that way anymore. The fans would rather be called marks. That’s fine. I’m glad that so many readers reach out to me and let me know that they’re still with me after all these years. It means more than they know. 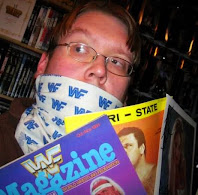 Quite simply, thank you! Thanks to everyone who’s ever read any of my content, even if it was just something on social media. I didn’t get a chance to rant about that topic, but I will say that I most closely favor Instagram. Some may disagree, but I feel that it’s the least toxic of the bunch and I always enjoy coming up with new content for that account. The blog will continue to “enlighten and entertain,” as I’ve always said, for the foreseeable future in several different forms. You never know what will come up down the pike, so stay tuned!