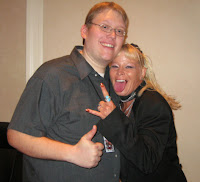 The past few weeks have brought much loss and sorrow to the wrestling world. There have been tributes everywhere you look around and, as a rule, I usually try not to follow suit. I make my best attempts to keep the content here upbeat, which is difficult in a business that often brings the most raw human tragedies to center stage. This entry is an exception, and the previously promised "next" entry will see the light of day.

Nothing more can be written about the seemingly non-stop deaths in professional wrestling. The questions have been asked endlessly and the debate will rage on forever. The answers lie in the individuals themselves, and since they are gone, we will never learn those answers.

For those of you who are unaware, women's wrestling superstar Luna Vachon passed away last Friday. Vachon was only 48 years old.

As with many wrestlers who would go on to become favorites of mine, I first learned of Luna through the great wrestling magazines. With her insane style of dress, physicality, and that classic voice, who wouldn't want to feature Luna? She wasn't a cookie-cutter blonde or even a big bruiser. Instead, Luna was a compact 5'6 package of insanity...with a hidden heart of gold.

The first time I truly remember seeing Luna outside of the magazines was in her surprise debut at WrestleMania IX. I can recall excitedly explaining to my fourth-grade pals just who this crazy-looking woman was. Re watching the show, I found that my monologue greatly mirrored that of Bobby Heenan, who provided a similar synopsis for Jim Ross and Randy Savage on the broadcast.

Throughout her associations with Bam Bam Bigelow, Bull Nakano, Goldust, and others, Luna grew to be one of my favorite wrestlers on the scene--female OR male.

In 1995, Luna became the first female wrestler to be a playable character in a wrestling video game with her appearance in WWF Raw. That in itself is a feat that only could have been achieved by someone who carved a true niche in their chosen profession.

In the past few years I've had the opportunity to both meet and correspond with Luna. Even the first time I met her, Luna treated me like an old friend. She had that way with all of her fans. I truly feel honored to have been able to meet, hear stories from, and express my gratitude and fandom to this great lady.

I'm not going to speculate on her death. It isn't my place and you can get plenty of it elsewhere. Something else that you will hear elsewhere, however, is that Luna was often hard on her own work and could be her own worst critic. 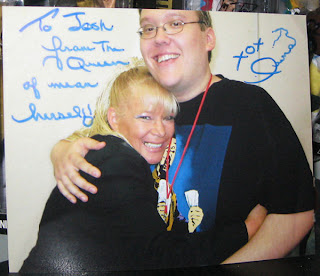