After a solid month of nostalgia with the 25th anniversary of Hasbro WWF, February seems like a good time to look at the present and future.  The last time that I did a "State of Wrestling Collecting Address" was back in the summer of 2012.  WWE was focused solely on their upcoming 1,000th episode of Raw.  We had yet to hear the battle cry of "...for just $9.99" but trends and hashtags were already status quo.  Tout it out, anyone?  Regardless, 2015 has already opened with a lot of promise as far as the future of the business and, of course, its merchandising.

While any numbers have yet to surface, New Japan Pro Wrestling's WrestleKingdom 9 got quite a bit of buzz here in the United States.  That buzz was, in part, due to Jeff Jarrett's Global Force Wrestling presenting the show on American pay-per-view with Jim Ross and Matt Striker on commentary.  It seems that NJPW may finally gain a wide audience in the US with a new television show in the states as well.  I would love to see a WrestleKingdom 9 Blu-Ray release as well as a new line of NJPW figures.  I don't think that there has ever been a better time for the latter. 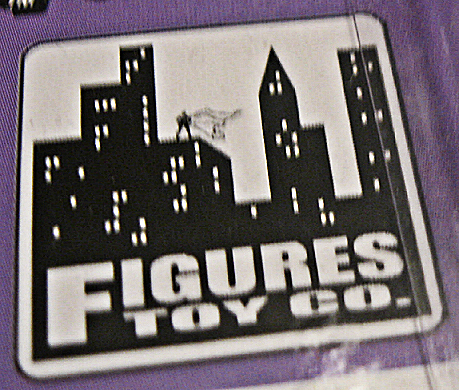 On the American front, Mattel's WWE line won't be the only new wrestling figures available in 2015.  Figures Toy Company has announced that their Ring of Honor figure line should debut this spring.  Series are expected to have four figures each and will have plenty of accessories, including gold-toned belts.  The company has also expressed interest in producing a new line featuring wrestling legends.  This could greatly fill the void left when Mattel decided to focus on more recent "Flashback" figures.

TNA is still a great unknown.  Although the company is back to regularly taping television, it still feels as if nobody is at the wheel.  Is their relationship with Jakks continuing?  Time will tell, but more waves of repainted figures won't satisfy anyone.  Now that Awesome Kong is back with the company, it's time to get her a full-sized figure.  Rockstar Spud and his act seems to scream "action figure," as well. 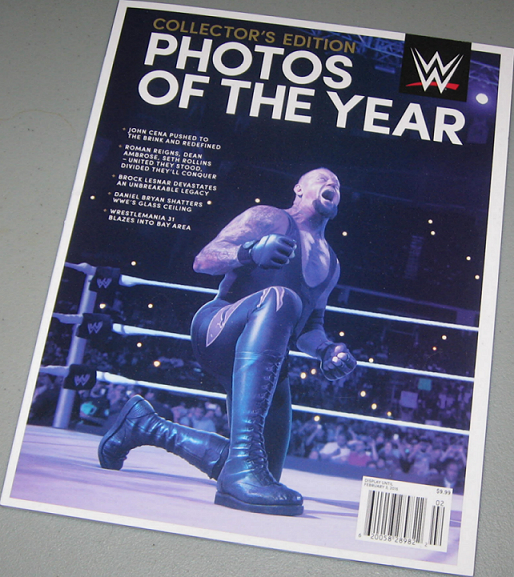 Of course, nothing stops the WWE merchandising machine.  Even though they no longer have a monthly magazine, I counted four different publications in January that featured WWE talent on the cover (The Authority and Eva Marie each on a different version of Muscle & Fitness, Brock Lesnar on PWI, and The Undertaker as shown).  One of those was the annual WWE Photos Of The Year issue.  That, coupled with the release of a WrestleMania preview magazine in recent weeks, shows that the company is still producing in-house specials.

Mattel seems to be churning out more product than ever, just in time for WrestleMania season.  Hulk Hogan, Rusev, Doink the Clown, Paige, Bo Dallas, Emma, and Razor Ramon are just a few of the names making their Mattel debut in the next few months.  The upcoming unveilings at Toy Fair should only add more exciting names to that list.

Mattel has also seemingly found a new retail partner for exclusives.  After their exclusive Rocky Maivia during the holiday season, Target has received a special series paying tribute to the WWE Hall of Fame.  Stone Cold Steve Austin, The Ultimate Warrior, Sgt. Slaughter, and Trish Stratus comprise the set.  Packaged in Hall of Fame-styled packaging, the series includes the first figure of Stratus as a brunette.

We're only into February yet already have a ton of new wrestling merchandise to look forward to. Our wallets can share in the excitement, as they look to lose more and more weight as the year progresses.

Speaking of new things for 2015, I now have a second blog!  Josh Culture is an off-the-top-of-my-head look at the things that I enjoy, adventures, food, and yes, even wrestling. This week, my first wrestling story, a trip to Abdullah The Butcher's House of Ribs & Chinese in Atlanta, debuts on the blog. For the many of you who have wanted to hear my stories interacting with wrestlers, trips, events, and more, this is where they will be posted!  Don't forget to follow the blog's twitter @JoshCultureBlog, as well!  Now there's two times the blogging fun!  Check #JoshCulture out at http://joshculture.blogspot.com!
Posted by J\/\/ at 7:00 PM