The WWE Hall Of Fame Adds A Wing On Badstreet 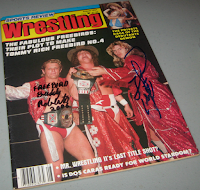 Wrestling's rebels. Wrestling's rock band. Wrestling's Southern brotherhood. However you view The Fabulous Freebirds, the boys are finally back in town, Dallas to be exact, and taking their rightful place in the WWE Hall of Fame. The wait for it to happen almost became a rib on Freebird front man Michael P.S. Hayes. When was one of the most successful teams in history going to be formally recognized by the company that has become the proprietor of wrestling? 2016 is the long-awaited year. 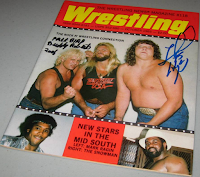 To be honest, the Freebirds have a place in any wresting Hall of Fame. They were revolutionary. They drew money wherever they went. They turned the Dallas territory completely around and made World Class Championship Wrestling the titan that it was in the 1980's. While Hulk Hogan, Mr. T, and Cyndi Lauper were the mainstream-covered "Rock n Wrestling Connection," the Freebirds made up its Southern rock cousin. 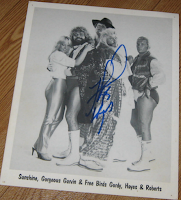 Hayes will enter the WWE Hall of Fame along with Terry "Bam Bam" Gordy, Buddy Jack Roberts, and Jimmy "Jam" Garvin. Some are already decrying the fact that Garvin is involved, citing the fact that he wasn't part of the original trio. He was, however, part of the second Freebird ride on the national stage while in WCW. Not to mention that "Gorgeous" Jimmy Garvin always seemed to be an unofficial Freebird as part of the Von Erich-hating heels of WCCW. If Michael Hayes considers Garvin to be a Freebird brother, that's good enough for me. 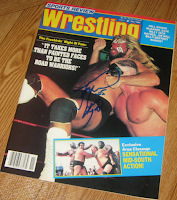 The Fabulous Freebirds had an element of realism that's missing today. As is frequently pointed out with Stone Cold Steve Austin and other personalities that made it big, what you saw in the ring was just an extension of the real persona. Hayes, Gordy, and Roberts really were a rough and tough group of rebels. There was no suspension of disbelief necessary when the 'Birds talked of clearing barrooms and downing more than their share of Jack Daniels. Hayes was the brash leader. Gordy the enforcing muscle. Roberts the grizzled older brother. It worked. 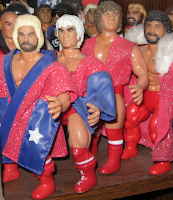 The 'Birds made their name all over including in WCCW, UWF, AWA, WCW, and even briefly in the WWF. Some look at it as a shame that the latter run was ill-fated, but I believe that it was for the better. The group would eventually have been watered down and/or broken up. Rumor has it that Vince McMahon may even have planned to run with Hayes on his own. The possibilities are endless. It's that AWA stint that provided many fans of the generation, especially youngsters, with their favorite pieces of Freebirds memorabilia. Though a run in Verne Gagne's promotion may seem ill-fitting for the wild Freebirds, it was there that the trio saw their first action figures. Still one of the most popular sets in the lineup, the Remco-produced Freebirds come complete with their signature entrance gear. Garvin was also part of the line, to add to the chaos. 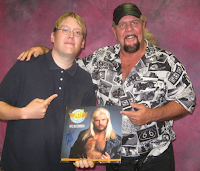 But while on the subject of merchandise from 'down Badstreet, you can't leave out the infamous Michael P.S. Hayes "Off The Streets" album. The record has starred on this blog several times before and the "glamour shot" of the album and its components seems to be one of the most frequently "borrowed" pictures. It just seems to turn up everywhere! Whether or not it's the "centerfold" of Hayes that's included with the album that causes all the excitement is anyone's guess, but it's an awesome item regardless. Wrestling's original rockers with an album and their own anthem. It doesn't get much better than that.

Thanks to the WWE Hall of Fame we'll soon be walking down Badstreet one more time. Hayes is a longtime WWE producer while Garvin largely (but not completely) distances himself from the business. Gordy and Roberts passed away in 2001 and 2012, respectively. They were a unique group that, like most good things, were often imitated but never duplicated. They left their mark both with the fans and on the business itself. Had they not been assembled as a group, aspects of the history of the industry would be completely different. That is what makes Hall of Famers.