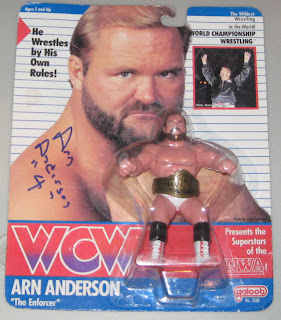 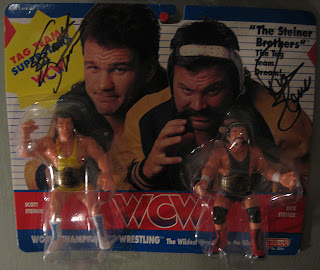 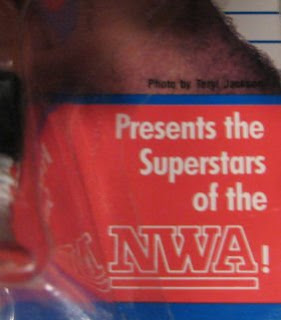 In this collectors opinion, the NWA carded figures are much more desirable then their later altered counterparts and will undoubtedly rise in popularity as the years go by.
Posted by J\/\/ at 10:16 PM

Hi. Just found this blog....I have a Ric Flair (signed) with the NWA variant.

Do you know aything about the rarity of the "NWA" variant Galoobs?

I would love to find somebody that knew the history of all these, but no luck with that yet.

You're actaully the first person I've ever seen mention the "NWA" variation.

Yeah apparently it was only on the initial shipment of figures which according to what I've heard didn't even have all of the 12 U.S. figures in it. I've seen Arn, Flair, Sting, and Luger on NWA cards.