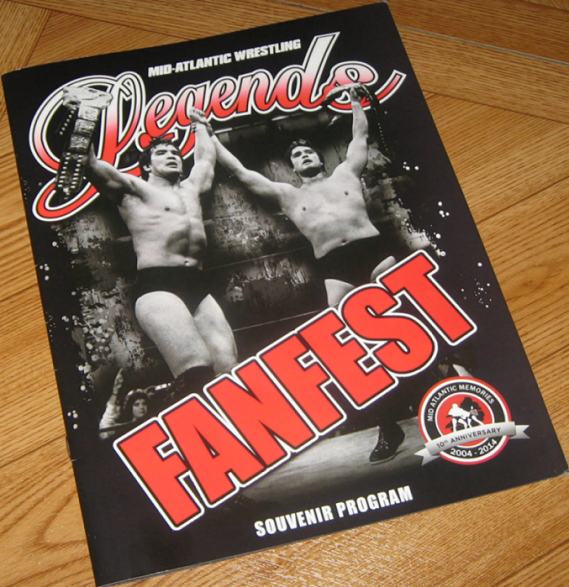 Ten years is a long time for any venture to last.  Greg Price's Fanfest has done just that.  What is it that kept twelve shows alive in the span of a decade?  The talent.  The promoters.  The fans.  All are suitable answers.  Jim Cornette has often been quoted as saying that the Mid-Atlantic territory was the greatest wrestling territory of all-time.  He cites the amazing array of talent and a rabid fanbase as to what made it great.  Those same fans, and many of us who wish that we could have been part of it, kept the spirit of the promotion alive and transferred that love into what made Fanfest equally great.  But Fanfest had something that other similar events didn't.  That one ingredient?  Soul.

This past weekend, hundreds of fans enjoyed what was said to be the final Fanfest.  It delivered what Fanfest has become famous for being: a wrestling fan's dream weekend.  It never mattered whether you were a fan of the Mid-Atlantic territory or not.  Any wrestling devotee could enjoy what was brought to the table over the several day extravaganza.  Legends, current stars, and up-and-comers in the wrestling business all came together to deliver something that, despite their best efforts, WWE will never be able to recreate, nor would they probably care to.

Walking down a hall at the Charlotte University Place Hilton last weekend would have displayed any and all of these scenarios: wrestlers reuniting with wrestlers, fans catching up with other fans, fans rushing off to catch that next photo op or autograph session.  Off to the side of one hallway, the often-misunderstood Ole Anderson sits in a wheelchair, obviously enjoying signing autographs and posing for pictures for fans.  In fact, he would rather tell the fans stories than pause for lunch.  Sounds a bit different than what you have read elsewhere on the Internet, doesn't it?  Just a few feet away in a large ballroom, Jimmy Valiant is catching up with Exotic Adrian Street and Miss Linda.  On the other side of the ballroom, Matt Hardy and Reby Sky are meeting fans of all ages.

While men like Dusty Rhodes, Arn Anderson, and Ricky Steamboat were "main event" level attractions, every legend appearing at Fanfest is treated as a superstar by both the fans and other wrestlers.  Egos and grudges are pushed aside to give the fan an untarnished experience.  In this day and age, fans know that it was the undercard wrestlers who had quite an instrumental hand in making the big names as memorable as they are today.  Occasionally, such as in the case of The Mulkey Brothers, those journeymen stars are equally as ingrained in fans memories. 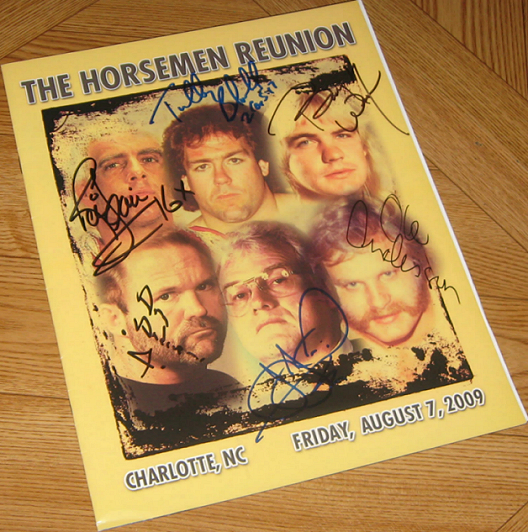 As I rubbed elbows with so many of wrestling's greats last weekend, I thought back to Fanfests of the past. Without this amazing event, I never would have had the opportunity to meet such greats as Jackie Fargo, Gary Hart, Ernie Ladd, and Billy Robinson.  I would not have gotten a hug from Sherri Martel or had dinner with Sir Oliver Humperdink.  I would not have seen the Four Horsemen reunite before my very eyes or the final appearance of the Fabulous Fargos.  It's things like these that other events of its kind, or WWE, will never deliver.  It just isn't in the business model anywhere else.  The "it" being, of course, soul.

In the days following Fanfest, social media became a hub of photos and memories.  It was interesting to note that cries of "This can't be the final Fanfest" came equally as often from fans and wrestlers alike.  Although there are other reunions for wrestlers themselves, many absolutely love Fanfest for its ability to combine reuniting with other wrestlers and finally getting to meet so many longtime fans.  As is often forgotten in other entertainment industries, wrestlers do not necessarily stay in touch after their time in the business is over.  Just like when a television program or movie wraps, everyone goes their separate ways.  Seeing the wrestlers relive those long days and nights on the road together is often a treasure in itself.

Next week, we'll take a closer look at the 2014 edition of Fanfest.  Memories, memorabilia, sights, and even tastes!  As for now, however, I'd like to offer my personal thanks to Mr. Greg Price.  Almost all has been said over the past few days following the great event, but it's worth repeating.  Thank you for the seven amazing Fanfests that I was able to attend.  I truly had the full experience, attending the November 2004 Tribute to Starrcade, the 2006 Capitol Legends Fanfest, the 2011 Last Battle of Atlanta, and four other Charlotte Fanfests.  Each had their own feel, flavor, and countless memories that I'll never let go of.  Most of all, despite not being born until after so much of this great wrestling that we celebrate had already taken place, I was made to feel as if I was part of it.  I was able to experience that soul.  If this is indeed the end, I'm glad that I will be able to pass that soul on and keep those grand territorial wrestling memories going as long as I can.

Join us again next week for more Mid-Atlantic Memories!
Posted by J\/\/ at 7:00 PM