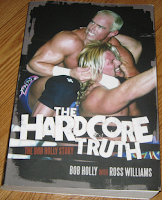 After years of taking them in, I have all but given up on "shoot" interviews, question and answer sessions, and similar presentations. For awhile they seemed to be a novel idea, but as more and more were made, they seemed less and less truthful. Wrestlers are natural "workers." Their livelihood is based on creating a mass illusion to entertain you. Why would stories "from the back" be any different? Remember the old saying, "Never let the truth get in the way of a good story." Sadly, it seems like many books authored by wrestlers have gone in the same direction. That is, until "The Hardcore Truth" hit the wrestling world.

Released in 2013, "The Hardcore Truth" is the autobiography of Bob "Hardcore" Holly, the longtime WWF/WWE star. For the better part of fifteen years, Holly made his way through WWE rings in just about every position of the card that there is. He began with the company during their "New Generation" campaign, was totally reinvented during the "Attitude Era," and continued on with the company until 2009. 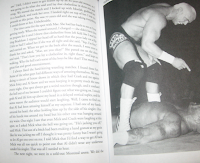 The book itself is an extremely enjoyable read and is very well balanced as far as content. We get just enough backstory of pre-wrestling Bob Holly to let us know how he was raised, his family life, and his early adult years that led him into the industry. The story doesn't skip around, which is one of my biggest peeves in autobiographies. Everything is presented in chronological order. If something is going to be revisited in his future, we don't suddenly skip to that part. If only every book was compiled with this consideration!

Holly and co-author Ross Williams seem to know what the target audience will be with the book--wrestling fans. Therefore, stories from throughout Holly's career completely fill most of the book. Thanks to Jim Cornette I was aware of some of Holly's early wrestling days, but not everything. Several early WCW matches were new to me and were easily found on YouTube as a nice visual companion. Some fans might be a little lost on the chapter covering Bob's racing, but it is brief and integral to telling his story. 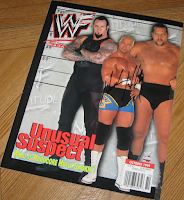 Most importantly, from the beginning I felt that I was getting exactly what the title proclaimed--the hardcore truth. Unlike those aforementioned shoot interviews and other outlets, I didn't get the feeling that Holly was stretching the truth at all. This is a man who is very happy in semi-retirement. He does not feel the need to suck-up to the big shots in hopes of a return or one last payday, nor does he bury those individuals. He gives his honest opinions on anyone that played a factor in his career, and displays their good points just as much as the bad. In fact, I don't think that I came out of this book looking at anyone any less favorably than I did going in. His honest appraisals are refreshing as is his not wanting to bury anyone out of spite, while still disclosing the good and bad of the wrestling business.

In addition to the highs and lows of his own career, Holly takes you backstage for many of the happenings that occurred during that timeline. Survivor Series 1997, WrestleMania XX, the ill-fated ECW revival, and the Owen Hart, Eddy Guerrero, and Benoit family tragedies are all covered in a unique viewpoint that I found very different from other, possibly sanitized, accounts. The demise of Guerrero is particularly intense and tells of the weeks leading up to his death which have only been hinted at elsewhere. 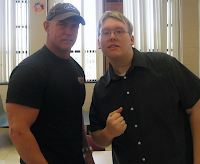 Just as with the deaths, Holly does not dish dirt for the sake of salaciousness. Instead, he discloses all in an attempt to fully flesh out the story of his own career. Several stories that you have heard regarding Holly as well as others in the company are either supported or dispelled. While he goes to great lengths to let the fans know that miserable, perpetually frowning Hardcore Holly is not the true Bob Howard, the no-nonsense, no-BS approach to life is the same. 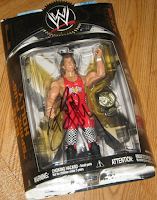 Some wrestling books are good, some are bad, while others are very bad. A few are great. I never imagined that "The Hardcore Truth" would make it into that latter, very slim, grouping, but it does. In fact, this one makes it up there with J.J. Dillon's book in my all-time favorites list. It's an extremely honest look at a surprisingly storied career. It's a behind-the-scenes view at the biggest wrestling company in history at several of its most tumultuous periods. It's the story of a man trying to make it to the top of an industry that fascinated him since childhood. It's a wrestling fan turned wrestler sharing his story with other wrestling fans. It doesn't get much better than that!

Only just saw this review - great stuff, I'm so glad you enjoyed it! Many thanks for taking the time to both read it and write this piece on it.