The Ultimate Figure Of The Year! 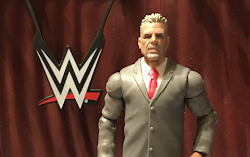 2020 was a year of firsts. Could the final one be that this is the first time that a Figure of the Year choice of mine sees its review while simultaneously receiving the prestigious honor? I do believe so. If you're unfamiliar with the process, a brief reminder includes that the Figure of the Year must be a figure that I've purchased. It is, after all, my personal choice. Everyone could, and should, have their own selection. Another factor is availability. If it's difficult to find and can't enter as many collectors hands as it should, why bother? The Mattel Harley Race is a great figure, but that alone would've disqualified it years ago. Third, and most simply, it has to be a great figure.
This is a figure I'd never imagined would have been made. Real life death is a subject often avoided in toys, and in a way this figure represents that most final and morbid concept. In other ways it's a remembrance of a man in his very final public appearance, capping off a momentous return to the company that made him a household name. Yes, my choice for 2020 Figure of the Year is Mattel WWE Legends Ultimate Warrior. 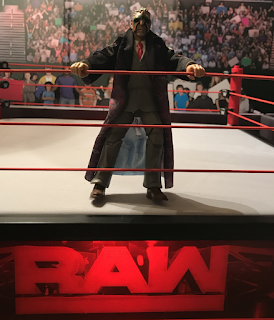 I knew as soon as the figure was announced that it was going to be a favorite of mine. For starters, it's a bit of an odd inclusion as mentioned above. It depicts a wrestler outside of his active years which is something that I would love to become a small trend. Bruno Sammartino is known to a generation in his look as an older gentleman and elder statesman of professional wrestling. A similar figure would be momentous, but that's another story for another entry. There are also some unique accessories included as well as an almost photorealistic quality to the figure that makes it a no-brainer.
That being said, the choice was not an easy one. It was a year of great figures, many of which you saw reviewed on this site. Had this figure not been released or had it been disqualified for reasons about to be discussed, Superstar Billy Graham would've been the winner. It was another figure that many of us thought we would never see in the Mattel line, it was probably the best representation of the man to date, and it was a two-for-one figure seeing as you could either have it be '70s SBG or the '80s version.

What the figure had going against it was the bane of so many Mattel WWE figures: distribution. Let's all repeat after me: "Store exclusives are the downfall of the Mattel WWE line." Between a bungled online pre-sale, the precedence of previous store exclusive figures being a pain to locate, and the fact that this figure had a built-in popularity factor, things weren't looking good at first. Thankfully and amazingly it seems that everyone who wanted the figure got it. I, myself, needed a few to satisfy my needs and had no problem doing so. I even ended up leaving some on the pegs. The others in the set, Paul Orndorff, Jake "The Snake" Roberts, and Eddy Guerrero were obtainable as well.
The packaging remains as it has since the Legends series was revived. It's a mix of the current design with the stylization of the original Mattel WWE Legends packaging from a decade ago. The figure is positioned perfectly, as if the Warrior is indeed giving his final speech on Monday Night Raw. Accessories included are the WWE microphone (with scratch logo as opposed to the "Network era" version), removable "Ultimate Warrior" mask, and cloth duster as well as an alternate set of hands.

Does it get any better resemblance-wise? Wow. While a child may not understand that this is The Ultimate Warrior, any of us who remember the emotional WrestleMania XXX weekend would have no doubt. The suited body is reused, but who cares? It works perfectly fine. You wanted a re-sculpt? I think you may need to limit yourself to "Hot Toys" or one of those statue companies if that's the case. The mask fits snugly just as it should without any holes or additional support needed. The duster is thin, but if you ask me that only eases putting it on and taking it off. The detail on it is out of this world. You didn't realize that this is the Warrior? Check the back of the duster. There he is in all of his glory. 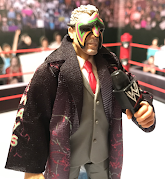 If by some chance you haven't found one, this is one you'll want to obtain soon. The Legends are only restocked so many times and I don't see this figure being remade at all. While we still have plenty of other Warrior figures coming along, they will all almost assuredly be from his active years. This, on the other hand, is The Ultimate Warrior who I met, stood in the presence of, and talked with about WrestleMania VI, Pittsburgh, and being a fan in general. It's a connection. It's a snapshot of a man's final hours. It's a masterpiece. 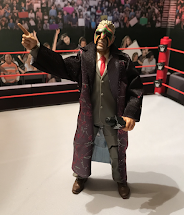 That wraps it up for 2020 on the blog. You may or may not have noticed that there have been weekly entries for the past several months. Between the influx of product released that I've wanted to review and the fact that I've felt that the world simply needed an escape with frivolous writing such as this, it just happened as a fun accident. I don't know if the trend back to weekly will be continuing into the new year, but you can bet that there will some great output in 2021 nonetheless. The Dream and P.S. are literally dancing in the streets and ready to join the blog, if you will...
Posted by J\/\/ at 7:00 PM