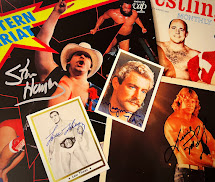 I don’t normally do preview posts, especially when I have no in-hand examples. That being said, the idea that the new PowerTown Wrestling figure line is pre-ordered and fast on its way to becoming a reality is enough to get any longtime wrestling collector excited. There was skepticism on all fronts as soon as the line was announced. Wrestling fans are unfortunately all too familiar with hearing big promises with little-to-no results. While we’re still in the pre-ordering process for the PowerTown product and it will be a few months before it’s in our hands and on our shelves, the excitement is fresh for both what’s been announced and the potential future.

Verne Gagne, Lou Thesz, Stan Hansen, Kerry Von Erich, Bruiser Brody and Magnum T.A. Those six are our initial lineup. Two of those names have never had a figure. Others have had little to no representation in the “modern” figure era. In the thirteen years of this blog I have occasionally created short lists of names who have deserved immortalization in plastic. Three of these names made those lists. Gagne (a glaring omission in the Remco AWA line) and Thesz (not a contemporary of any figure line but certainly deserving) are finally getting their due while Magnum, who was figureless when my lists were compiled, is getting only his second. Hansen has never had a modern and fully poseable figure. Brody has had several figures however the closest to modern was in the Jakks WWE Classic Superstars line. That likeness and overall presentation left many feeling underwhelmed. Kerry Von Erich has two Mattel WWE figures which have become highly sought after and expensive on the secondary market as well as his 1992 Hasbro WWF release.

Looking back at wrestling legends figure lines there really hasn’t been one that feels all-encompassing. The first was the Figures Toy Company “Legends of Professional Wrestling” line. I’ve often touted that series as a spiritual successor of sorts to the Remco AWA collection. The designs are relatively basic but a lot of fun at the same time. The line still has yielded the only figures of Wahoo McDaniel, Ox Baker and Eddie Gilbert. FTC is still in the figure business with several different lines being produced to this day including a second line with the "Legends of Professional Wrestling" name, but results and reaction have been inconsistent at best. 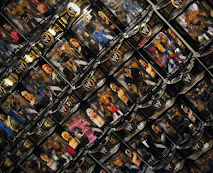 The biggest legends line and the wrestling figure line that I often felt was the greatest of all-time was Jakks WWE Classic Superstars. For its time it was unmatched. Though there were various reasons why some big names absolutely could not be included (Randy Savage, Ricky Steamboat, The Von Erich’s and JJ Dillon to name a few), after the first few waves we began to receive figures that wouldn’t have been imagined just years earlier. Were we really getting WWE figures of Bruno Sammartino, Ron Bass, Ernie Ladd, Gorilla Monsoon and Jesse Ventura in the 2000’s? We were. Though Curt Hennig was indeed part of the line, it was not in fact perfect. Planned figures were canceled far into design. Designs sometimes contained oddball mistakes. I won’t even get into “Chinese New Year.” As they say, if you know you know. The biggest issue for me was the drastic decline in quality of the figures themselves as the years went on. The latter figures are positively brittle. It feels like almost a sin to attempt to pose them. Seeing as this is the time when many “one time” names such as Jack Brisco, Nikita Koloff and The Rock N Roll Express were released, the legacy has not endured.

When Mattel took over the WWE line they immediately promised legends in some form. What I appreciated about the early efforts were that they released legends in designs that Jakks had not just recently done. Short-haired Rick Rude is definitely my favorite from these early offerings. Mattel also managed to produce some of the names not permitted to Jakks such as Savage, Steamboat and both Kerry and Kevin Von Erich. Things were looking good until the company decided that legends simply didn’t sell. To this day collectors really don’t understand this, but it was made clear by Mattel canceling the individual legends line altogether. Thankfully the attitude has changed and Mattel has since delivered names that collectors never would’ve expected from them (Dillon, Magnum, Paul Ellering) and has produced what we would without a doubt call “deep dives.” Figures of Mean Mark Callous, The Dingo Warrior and The Goon? It’s been fun and, to their credit, they are expected to continue with Paul E. Dangerously, The Samoan Swat Team and others yet to be announced.
Even with all of that to buy, collectors always want more. They also realize that there are some names that just aren’t ever going to be done under the WWE banner. That’s where Relativity Worldwide and PowerTown Wrestling come in. Using a unique business model that we’ve been given a glimpse of in interviews, the company was boasting nearly two-hundred signed names this past spring. Their mission seems to be to celebrate those in the vast history of wrestling who haven’t really seen the spoils of heavy merchandising. It’s a wonderful concept and truly a win-win for both fans and the wrestlers if all works out. A close friend/fellow collector and I have already spent hours this year thinking up names, waves and concepts. For us, this once pipe dream in both wrestling and toy collecting is fast coming true.

Again, while we don’t have anything in-hand as of yet, there’s still a lot to be praising. The company has been very open about timing, changes (Ted DiBiase was initially planned for the first wave; Brody replaced him) and the when’s and how’s of obtaining the product. A distribution partnership with Highspots had me feeling very confident and the pre-order process was even better. Seeing as that the mission is to get these wrestlers what they’re deserving of, I don’t see a whole lot of “limited” nonsense happening here. I get the feeling that if someone is willing to pay for these figures at the time they’re offered that they will get them. No ridiculous five minute sellouts. “Chase” variants? Why bother when a simple re-release can get more money for the wrestler and/or family. So far PowerTown seems to “get it.” Do you know what companies that “get it” get from this consumer? My money.

I’d be amiss to not mention three of the names behind this effort. The first is Steve Rosenthal who has become probably the biggest voice in promoting the line. He was also a force behind the Remco AWA figure line in the ’80s. One of the names who had a figure in that line, Greg Gagne, is also part of this and is likely instrumental in securing the rights to many of the names that we’ll be seeing in the lineups. Last but not least is Terry Allen, Magnum T.A. himself. I had the fortune of sharing a banquet table with Mr. Allen in Charlotte several years ago while his Mattel figure was in limbo of ever being made. Speaking with him back then on the subject, I can tell you that he’s very aware of what these items mean to fans and collectors. Sounds like a dream team to me! 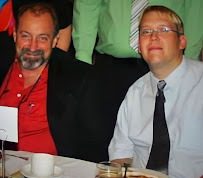 The initial set of six listed above is available at PowerTownWrestling.com with several different options for pre-ordering. You can bet we’ll have plenty of coverage right here once they’re released. So far not too much is known about future waves other than that the company is busy at work on them. Many names such as Harley Race, Nick Bockwinkel, The Poffo Family and The Rougeau Family have been confirmed as being signed. Last month in Charlotte I, personally, got to hear the excitement of Judy Martin and Leilani Kai over finally getting figures. Before PowerTown was even announced the spouse of a deceased legend (who may or may not have already been mentioned in this blog entry…) heavily hinted to me about inclusion in a line like this. And, of course, if the fine folks at PowerTown would be kind enough to give me a hint or scoop or two to share with you all I’d be more than honored.

Where are us collectors headed? I don’t know about you, but I’m on my way to PowerTown.