As 2011 comes to a close we all reflect on the year that it was. Like any other year, 2011 was one full of ups and downs. It's part of life, as is the finality of death. Wrestling fans know that fact all too well.

With death usually comes a celebration of life. We reflect on all the positives that the person who has passed provided in our lives. With the passings of those in the pro wrestling community, we are lucky that many of those positive memories are forever preserved. 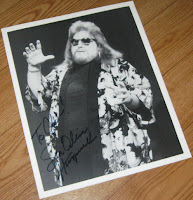 Three other stars affected me the most personally.

Early in the year legendary manager Sir Oliver Humperdink announced that he was diagnosed with cancer. Although the prognosis was serious, those that knew "Hump" realized that if anyone was spirited enough to beat the disease it was he. Sadly, this was not to be. Said to be comforted and content in his final days, the man known as "SOH" passed away on March 19 at age 62.

While 62 is far too young to pass in this day and age, anyone who ever encountered Oliver knows that he enjoyed life to the fullest and probably did more living than 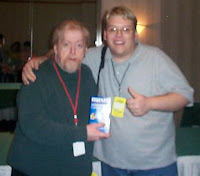 many people in 62 years. His contributions to the business that he loved will always be remembered. The outpouring of love and memories following his death is ample proof of that. A true champion of life...Sir Oliver Humperdink.

Just two months later fans were mourning the loss of one of the biggest names in wrestling and pop culture as a whole. On May 20 many fans were sitting down to lunch when news broke of the death

of Randy "Macho Man" Savage. A heart attack felled the reclusive former world champion while he was driving in his home state of Florida.

Although he made very few appearances in the past decade, Savage never left the consciousness of fans worldwide. His distinctive voice, outfits, and wrestling style have been lovingly parodied for years, but there always be only one "Macho Man" Randy Savage.

The end of summer brought the most difficult wrestling passing in 2011 for me personally. On August 25, women's wrestling legend Donna Christanello passed away suddenly at her home. I've written a lot about Donna and I don't know that there was ever a wrestler who deserved it more.

Although her name has been relatively out of the spotlight for the past two decades except among aficionados of '70s wrestling, it was a great comfort to many that Donna received so much coverage upon her passing. She certainly was remembered and I hope that she knew that.

Knowing what a humble lady she was, I'm not sure that it would've mattered to her. Family and friends were number one in her life. How can you top that?

I miss my friend, but I'm still honored that I'm just able to label her as such. She was a friend to everyone. An amazing in-ring worker and probably the most underrated women's star of all-time. If you haven't already taken my advice, check out some of her matches on YouTube. In my last controversial statement of the year, I will go as far as to say that she did the Moolah shtick better than Moolah did it. Donna would never admit that. The two considered each other sisters.

The last time that I saw Donna, she told me that no matter how busy she was at work I was always to interrupt her and say "Hi." I know that she's busy enjoying her great reward, but 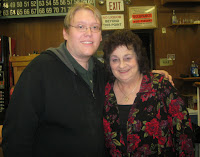 along with my other loved ones who are now departed, I take the time to say "Hi" every day. Donna, you are missed daily by all who knew you, yet somehow we know that you're watching over us.

This is but a small listing of those who passed in 2011 that made a contribution in wrestling. We fondly remember all of them and may they all rest in peace.
Posted by J\/\/ at 8:43 PM