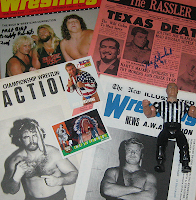 "Time marches on."  The phrase and thought have always unsettled me.  I tend to live in the past just a bit, but why not?  People, concepts, and many other things that are long gone in the present can live forever in the memories of the past.  The wrestling world lost a number of those very people in 2012.  People that, through their memorable contributions to the wrestling industry, are ensured to never truly be forgotten. 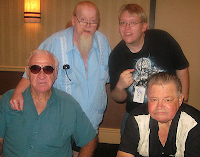 It's hard to believe that just two summers ago in Charlotte, NC, the original Hollywood Blonds reunited with their manager Sir Oliver Humperdink at Greg Price's Legends Fanfest.  Buddy Roberts and Jerry Brown were the original tag team to use the Hollywood Blond name long before Steve Austin and Brian Pillman.  Brown was missing from the wrestling fraternity for nearly three decades but was found in early 2010 after a chance meeting with Humperdink.  The trio was ultimately reunited to the delight of the men themselves and fans alike at Fanfest.  With the passing of Humperdink just months later in 2011, this turned out to be their only reunion.

Roberts was also part of a trio that shot to even greater heights in wrestling history--The Fabulous Freebirds.  Along with Michael P.S. Hayes and the late Terry "Bam Bam" Gordy, Roberts tore up rings in the NWA, AWA, and even briefly the WWF, but it was their feud in WCCW with the Von Erich family that has become stuff of legend. 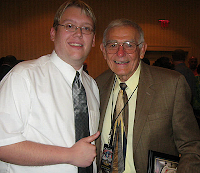 Another legend of wrestling in the Lone Star State was Joe Blanchard.  A man who held just about every job in the business from wrestler to promoter, Blanchard was held in high esteem by fellow wrestlers and fans alike.  Blanchard's Southwest Championship Wrestling promotion is still remembered fondly by fans, but his work spreading the word of God is what he was undoubtedly most proud of.  Son Tully has followed in his father's footsteps both in the wrestling ring and church. 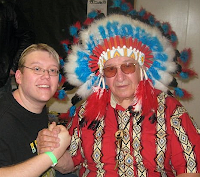 Perhaps the wrestling passing that received the most attention in 2012 was that of Joe Scarpa, better known to fans as Chief Jay Strongbow.  Despite having an extensive career before taking on the identity of a Native American Chief, Joe Scarpa reached fame that many wrestlers only dream about as Jay Strongbow.  A household name in the northeast, Strongbow was the man to beat for heel wrestlers wanting to reach the top ranks.  If a ring villain could get through the Chief, shots at champions like Bruno Sammartino were suddenly within reach.

This is by no means a comprehensive list of 2012's wrestling losses, but simply a chance to relive a handful of memories provided by these folks.  We offer our sincerest condolences to the family, friends, and fans of all of 2012's fallen heroes.
Posted by J\/\/ at 7:00 PM