The WWE Network's Impact On Collecting

$9.99 a month.  It's the deal that has every wrestling fan talking, and for very good reason.  Viewing every WWE pay-per-view event live, an action that once cost hundreds of dollars per year, will now cost just $120 per year.  It's the WWE Network.  It's the first "groundbreaking announcement" in professional wrestling history that actually lived up to the hype.  But while the press conference that announced it answered many questions about the long-delayed WWE outlet, it opened up many more.  Many of those will be answered upon launch in a few weeks, but today we'll be tackling one that may take sometime to get a firm answer to. 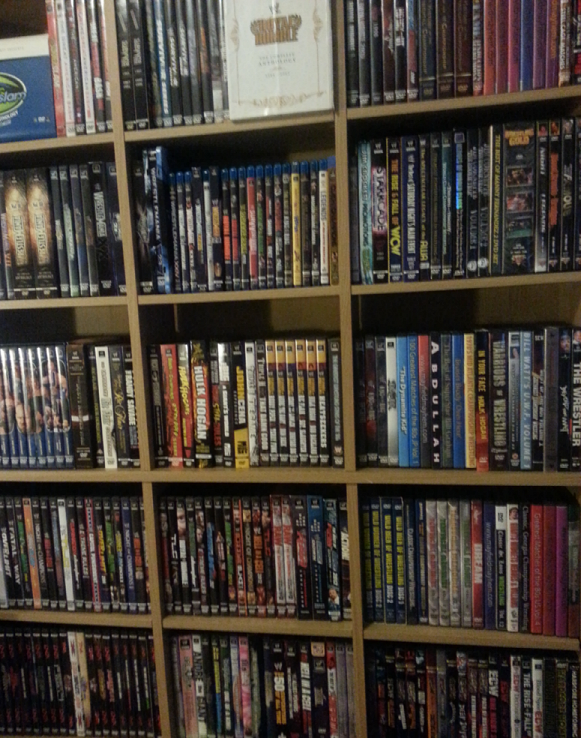 There's a large portion of wrestling fans that do not collect much memorabilia.  They aren't interested in action figures, trading cards, magazines, programs, or promotional photos.  They could care less about obtaining an autograph or even snagging a photo with their favorite star.  Their sole monetary investment into the world of wrestling is collecting footage.  From the mid-1970's until about fifteen years ago, tape trading was a huge deal.  Since the turn of the century, DVDs and Blu-Ray discs have crept into the wrestling collector conscious.  Some fans collect each and every pay-per-view release.  Others go for everything that WWE Home Video puts out.  Others enjoy their pretty blue encased lineup of Blu-Rays.

With the announcement of the WWE Network, a streaming service based upon not only new productions but thousands upon thousands of hours of archived footage, DVD and Blu-Ray collectors have been pondering one thing: just what happens to the world of tangible wrestling media?  Now owning the majority of historical wrestling film libraries, WWE is the proprietor of professional wrestling past and present.  In addition to each and every live pay-per-view being presented to subscribers, WWE claims that every WWE, WCW, and ECW past pay-per-view event will be available, on-demand, on the launch date.

There will obviously be exceptions to this statement, but it is a pretty amazing thought that all of this will be available at any subscribing fan's fingertips on a whim.  New content will be added regularly, and many fans are expecting this to be non-pay-per-view supercards, old wrestling television broadcasts, and so much more from a variety of areas, eras, and promotions.  So how exactly will this impact collectors?  I can only give my own take.

Many have already given the nickname of "WWEFlix" to the WWE Network.  It's fitting, as the business model is close to that of Netflix.  Did Netflix kill the DVD and Blu-Ray market?  Absolutely not.  It certainly cut into the business of tangible media, but it has nowhere near killed it.  Many of those that have kept the DVD and Blu-Ray business alive are collectors who are, with all respect given, anal about their collections.  Wrestling collectors certainly resemble that remark in the best possible meaning.  These collectors are perfectly able to enjoy a streaming and/or digital version of the content of their choice, but they want something more.

There's something about holding the packaging, seeing the cover art, and even unwrapping the shrink wrap that is part of the complete experience.  It's a feeling that vinyl record collectors have talked about for years.  You cannot physically hold streaming content, nor can you sit back and look at it on your shelf.  It's along the same lines of the reason that VHS videos remain collectible in the digital age.  Physical media has taken many hits over the years and will continue to do so, but it will never die.

There is also the unavoidable fact that when content is strictly streaming, it can be taken from you at anytime.  Perhaps WWE will feel that having every pay-per-view available is just TOO good of a deal after awhile.  Even Netflix is a revolving door and eliminates content at times.  What if you're in the mood to watch SummerSlam 2002 or Survivor Series 1987 and suddenly they're gone from the Network?  You pop in the DVD, of course.  There's also no guarantee that the price will not rise in a few years.  While I have my doubts that it will ever raise beyond being a sizable deal, there are many personal scenarios that could leave a fan without access for a period of time. 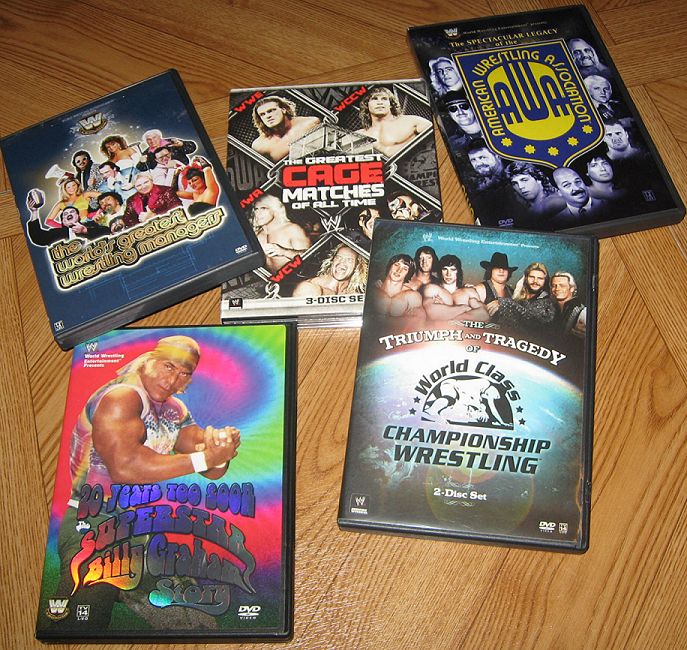 WWE has not released any info regarding future DVD and Blu-Ray releases being affected by the advent of the Network.  There's also absolutely no reason to believe that they cannot co-exist.  Though past WWE Home Video releases such as documentaries and compilations are going to be available on the Network, it is unknown at this time just how fast future additions in that area will show up there.  New pay-per-view events have already been announced as being available directly after.

I've already made my decision.  I, like thousands of others, absolutely cannot pass up the deal that will be offered by WWE with the upcoming Network.  That being said, I only see my tangible wrestling media content continue to grow at the same rate as it has in the past.  I cannot unwrap and hold streaming content, nor can I have it autographed.  Having so many past events available to stream at any time will be great, but if I want to hear original music and other licensed content, I can even go back to VHS on occasion.  The wrestling world is huge, and there is a place for Blu-Ray, DVD, VHS, Laserdisc, 35mm, 8mm, and even the WWE Network.
Posted by J\/\/ at 7:00 PM