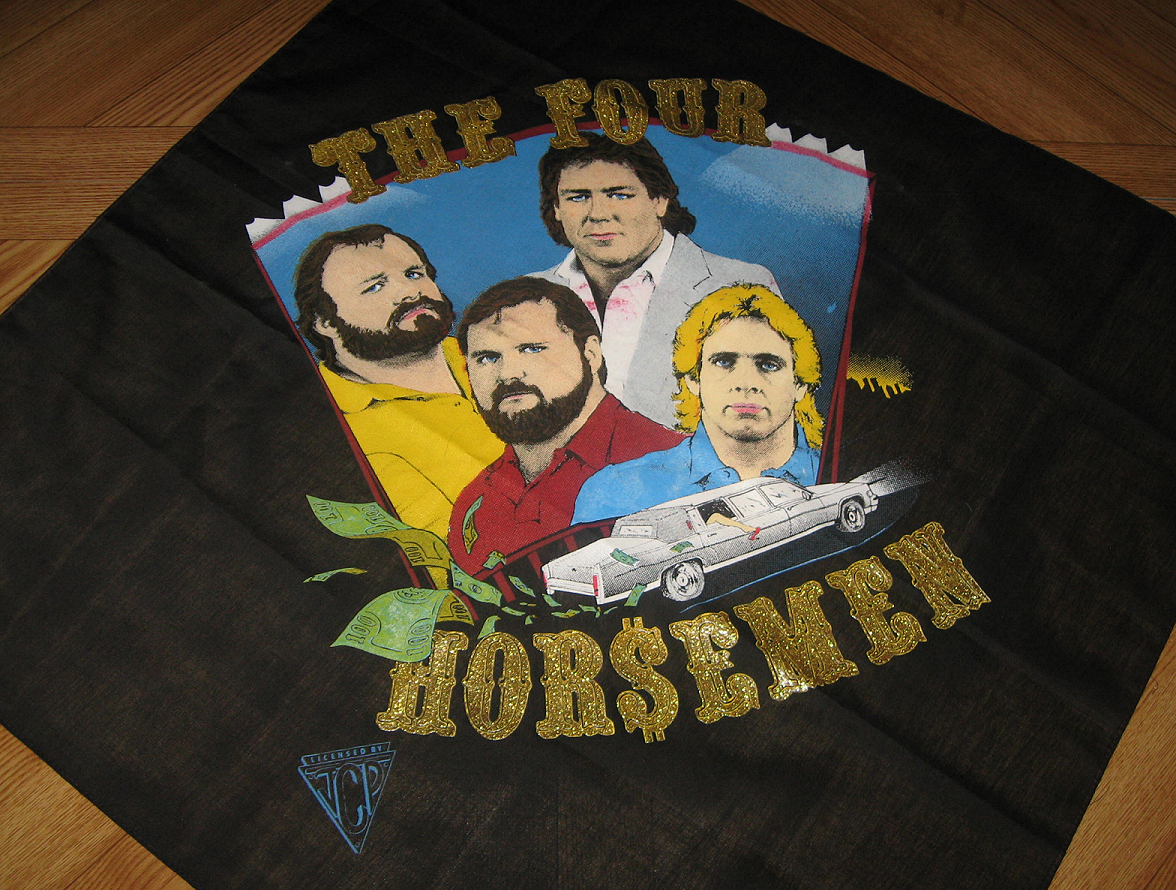 When you think of wrestling merchandise from the '80s, you automatically think of the WWF marketing machine and men like Hulk Hogan, Randy Savage, and The Ultimate Warrior.  Their likenesses dominated the products and conscious of collectors of the time and even today.  But that doesn't necessarily mean that items from outside of that spectrum weren't as great.  While Vince McMahon certainly owned the market, Jim Crockett Promotions was able to churn out some items as well in a vain attempt to catch up to the company that was taking over wrestling and crossing over into the mainstream. 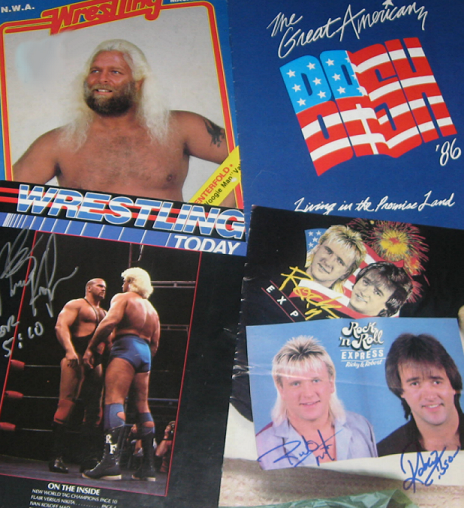 Starting with the successful mostly-color/all gloss Mid-Atlantic Wrestling Magazine in the '70s and early '80s, Crockett was no stranger to producing quality publications.  Many of the company's larger shows and events had beautiful full-color programs.  Several attempts at a regular publication to follow up on the MACW Magazine's success were made, but seemed to fizzle out after a few issues.  Magazines solely dedicated to the popular Rock 'N Roll Express were produced as well, and no doubt ended up in the hands of many female fans. 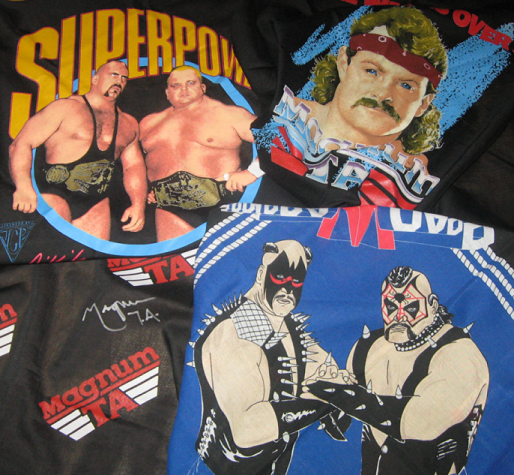 It was in these publications that Crockett was able to showcase what other merchandise he produced.  T-shirts and apparel were aplenty, with everyone from Dusty Rhodes, Nikita Koloff, and Baby Doll getting their own shirts.  Mugs and programs as well as a full line of Four Horsemen attire were also advertised, but one thing that seemed to be popular at the time were bandanas.  Everyone remembers the logo bandanas worn by Hogan and Savage in the WWF, but these were different.  While a few were patterned logos of the stars, many actually featured full depictions of the individuals themselves.  Occasionally the same designs were used on t-shirts, but these bandanas are almost frameable art. 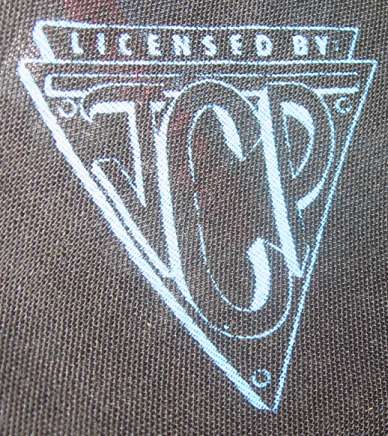 If any of these bandanas stand out, it's undoubtedly the one that depicts The Four Horsemen.  This isn't just any incarnation of the legendary faction, but rather the original group.  Ric Flair, Arn Anderson, Tully Blanchard, and Ole Anderson are in all of their glory.  This is quite possibly one of the few pieces of merchandise to feature the original Horsemen that is licensed by Jim Crockett Promotions.  By the time that many of the other items were produced, including the popular trading cards by Wonderama, Ole had long since left the group.

The amount of detail on the Horsemen bandana is even more striking than those produced later.  The Four Horsemen name is done in glittery gold lettering, there's some cash trailing a limo with a woman's leg sticking out, and there's even a small city skyline to the right, that probably should have been done a bit larger for effect.  The boys are done in a cool pastel look, and while Flair may look a bit feminine, you just can't look past the lipstick on Tully's collar.  Horsemen through and through!

How many of any of these bandanas were made?  We may never know.  I like to call the 1970's the "wild west" years of wrestling.  In turn, the 1980's were the equivalent as far as wrestling merchandise.  We just don't know what all was made from each promotion and won't until those items surface again.  What we do know is that they're fun to collect and part of that enjoyment is making new discoveries of old items.  We also know that even three decades later, The Four Horsemen are still the coolest...in the ring and printed onto cloth!
Posted by J\/\/ at 7:00 PM

These are pretty cool! Would love to see a complete list of what was released. I know that’s unlikely.
I picked up a Magnum one. Same image as the shirt Dusty wore at Starrcade 86; different from the ones you have.