Another 5 Wrestlers...Who Never Had An Action Figure 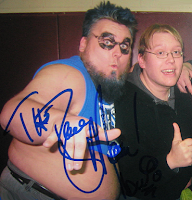 I still don't believe that there is a bigger victim of the "Wrestler That Did Not Get An Action Figure" crime than The Blue Meanie.  As a wrestler in two different companies that had action figure deals during the late '90s wrestling "boom" period, it's mind boggling to think that The Meanie, who looks like he was thought up exclusively to become an action figure, never had one.  It's an even bigger crime that he did not find his way into Jakks WWE Classic Superstars line which had a nice selection of ECW stars amongst the many series.

The Meanie's absence in plastic, as well as that of Dino Bravo, Buddy Rogers, Verne Gagne, and Dick Murdoch, was the subject of a blog entry here back in 2011.  The topic conjured up some great discussion both here on the blog and on our Facebook page that even made me second-guess one of my initial "top five" choices.

Two years later, it's time to revisit this fun and ever-discussable topic.  Once again, the list is limited to male wrestlers that would've had a decent shot at being produced as an action figure at some point in time.  Although they are among my favorite names in wrestling, again I am not including female wrestlers, managers, announcers, and other non-wrestling types.  This is simply because figures of these stars aren't always included in the plans of toy companies.  I could probably make a list of twenty female stars alone if I were to include them.  In no particular order, here we go again... 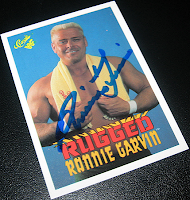 Ronnie is perhaps the one wrestler that I would go back to include in the original list.  Garvin would replace fellow '70s and '80s star Dick Murdoch.  "Hands of Stone" was mentioned in the comments section of the original entry and I still cannot believe that I omitted him.  Coming to the WWF in early 1989, Garvin was just a tad late for the planning of the final LJN WWF figure series.  He was still with the company in time for the design of the first couple Hasbro WWF figure lines, but he would've been another great Jakks Classic Superstars candidate.  A towel and "big gold" belt would've been top accessory choices for the crew cut coiffed grappler. 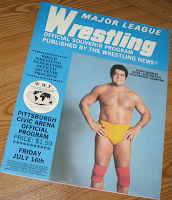 Although his heyday was in the 1970's, many fans forget that Pedro was still with the WWF well into the next decade in various capacities.  With Ted Arcidi and S..D Jones in the LJN WWF figure lineup, Pedro would not have been out of the question.  As with all of the wrestlers in this feature, he also would've made a spectacular Jakks Classic Superstars figure.  As a former holder of both the WWWF Championship and the WWF Intercontinental Championship, Morales is long overdue. 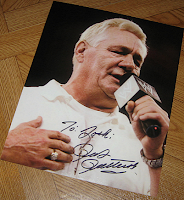 One of the great regrets of the greatest wrestling figure line of all-time, Jakks Classic Superstars, is that many announced figures of the later few series never saw production.  Pat Patterson was one of those figures.  It is likely that Pat was to be in wrestling gear rather than a representation of his later role as one of Mr. McMahon's "stooges," but any version would've been welcome.  Similar to Morales above, it would've been ideal to include the Intercontinental Championship with Patterson, the first holder of the title. 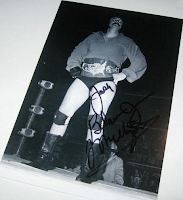 While his son Barry Windham has seen many figures over the years, the same cannot be said for Blackjack.  Like Pat Patterson, Mulligan was slated for a Classic Superstars figure.  The difference between the two is that a photo of the Blackjack Mulligan prototype was released.  An amazing facial likeness as well as simple and effective details made fans mouths water, but it just wasn't meant to be.  It would be nice if Jakks were somehow able to release the figure as a "Legends of the Ring" figure, but hope for such an opportunity seems extremely dismal. 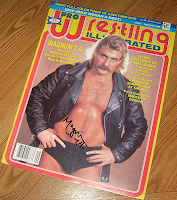 The golden boy of Jim Crockett Promotions for a few years in the 1980's is a top choice for many collectors.  When Mattel polled fans as to which WWE Legends figures should be produced, Magnum belly-to-belly suplexed the competition.  A prototype was shown and all seemed well when suddenly the figure fell into the same pit of "cancellation" that the Jakks Blackjack Mulligan was lost in.  It's unknown if Magnum will find his way into the Mattel Elite "Flashback" position that other previously-planned "Legends" have, but I would personally bet against it.  Mattel is much more content producing "Flashback" figures of stars who have had endless figures in the past and it doesn't look like a change in their business plan is coming anytime soon.

Another five worthy contenders.  I can see revisiting this topic once again down the line, perhaps breaking a few "rules" that I've imposed on the first two lists.  Between now and then, one can only wonder which deserved wrestlers will finally get action figures...
Posted by J\/\/ at 7:00 PM

I vote Woman, but that will probably never happen. Perhaps Missy Hyatt?

Females have been on my omission list thus far since it's not fair to lump them in (along with managers, announcers), but Missy doesn't need a figure...she's a walking piece of plastic already.

Good point all around.

The Missing Link was one I always wanted to see as a figure along with Chris Adams. I'm a big WCCW fan so those two would be cool.

I'm surprised Billy Jack Haynes only had a LJN figure. A Jakks or Mattel would of been awesome.

Link would've been an ideal figure for sure!

Another set of figures I would have loved to see was the Fabulous Rougeau Brothers tag-team. They follow almost the same time line as Dino Bravo. They were just a tad late for the LJN run, but were around during the entire Hasbro run and nothing. A set of them in the Classic superstars line would have been great!

Definitely a great tag team candidate. Jacques had some figures, of course, just not in that gimmick.

Thankfully that Magnum TA figure has been released!