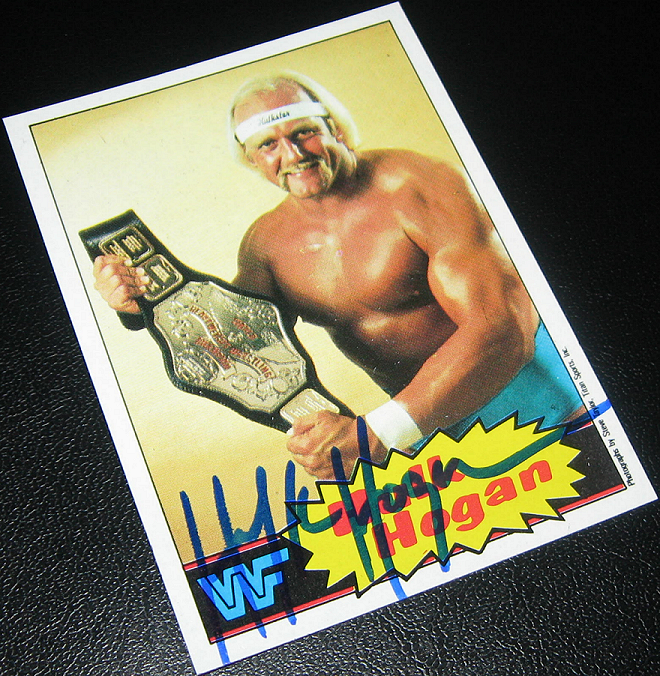 Thirty years to the night of press time, Hulkamania was born.  Yes, the term was used before January 23, 1984, but that was simply the seed being planted.  That night in MSG was when the term, concept, and phenomenon burst upon not just New York City, but the world.  Despite what any historian may want you to believe, nothing so immense had ever happened to the wrestling world.  Despite what some revisionist history may tell you, Austin 3:16 is but a close second.  Hulkamania is immortal.

Three decades later, Hulk Hogan is still as relevant in both wrestling and pop culture as ever.  He has adapted with the times, and despite negative press here and there, he is still the ultimate iconic American hero.  In my mind, I used to measure Hogan's mainstream visibility with one phrase: "Even grandmothers know who Hulk Hogan is!"  Take a poll.  I'd venture to guess that's still the case even opposed against wrestling megastars that have come and gone since.

What exactly makes Hulkamania so irresistible?  It's a larger-than-life superhero who captivated an industry and the world watching it.  It's a character that stood for ideals that, thirty years ago especially, were still held in reverence by the public at large.  It's a brand that just goes on and on.  Wrestling, television, film, the toy store...both then and now, Hulkamania is omnipresent. 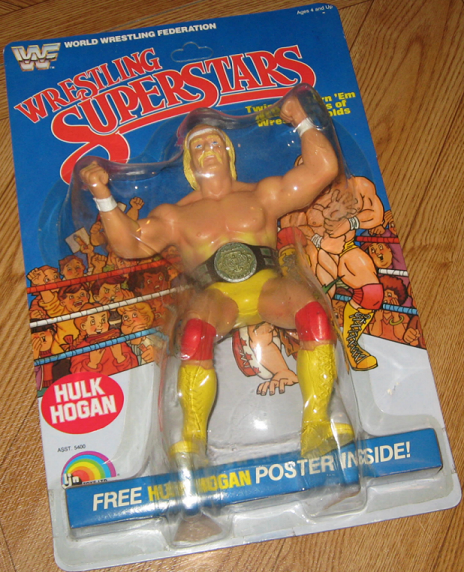 What child of the 1980's did not own the legendary Hulk Hogan LJN?  Though two later versions in the line were a tad more lifelike, the original shirtless, belt-wearing LJN of the Hulkster was owned by children who weren't even necessarily wrestling fans.  After all, here was eight inches of rubbery wrestler to bend, fling, and slam all over the house, playground, and lunch room.  Full cases of just Hogan figures shipped to stores to meet demand.  Sure, there were a plethora of heroes and villains for kids to choose from, but you absolutely needed Hulk to make your '80s "figure federation" complete. 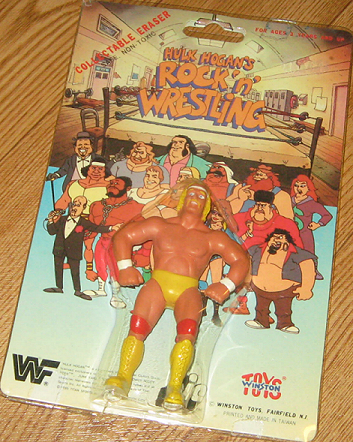 WWE may be branching back into cartoons in the next few months, but their original animated adventure saw the Hulkster at the helm.  Hulk Hogan's "Rock n Wrestling" burst onto CBS just a bit under two years after the birth of Hulkamania.  Hogan, along with Andre the Giant, Wendi Richter, Roddy Piper, and Mean Gene Okerlund, among others, appeared in standard cartoon plot lines each week.  Slam City, what?  "Rock n Wrestling" is still as beloved to fans in their 30s today as it was during it's original run.

Naturally, film followed television fame for the Hulkster.  Although his acting and choice of projects may not have always been top quality, they're still remembered today.  After a pre-Hulkamania taste of celluloid in Rocky III, Hogan starred in 1989's No Holds Barred.  Battling Zeus just as he would on WWF shows during the release of the film, the Hulkster stars as "Rip."  The movie, which features cameos by Bill "Masked Superstar/Demolition Ax" Eadie and Stan Hansen, is set to be released on Blu-Ray in 2014. 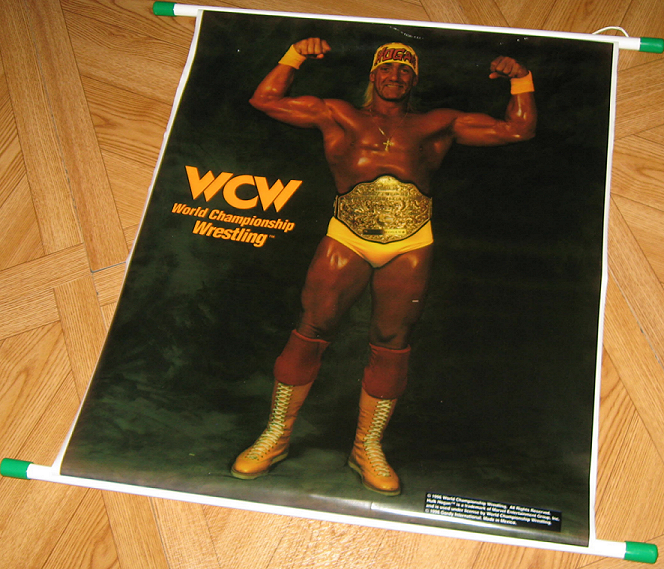 Hulkamania knows no bounds and of course has also spilled over into WCW and TNA.  Though the Hulkster had a few memorable moments in both promotions, he has never really seemed "at home" as he does in WWE.  The Hulkster's transformation into the villainous "Hollywood" Hogan and leader of the nWo can easily be pointed to as the legend's biggest non-WWF/WWE moment.  When that character was attempted in the WWF, it failed.  The red and yellow Hulkster is synonymous with WWF/WWE. 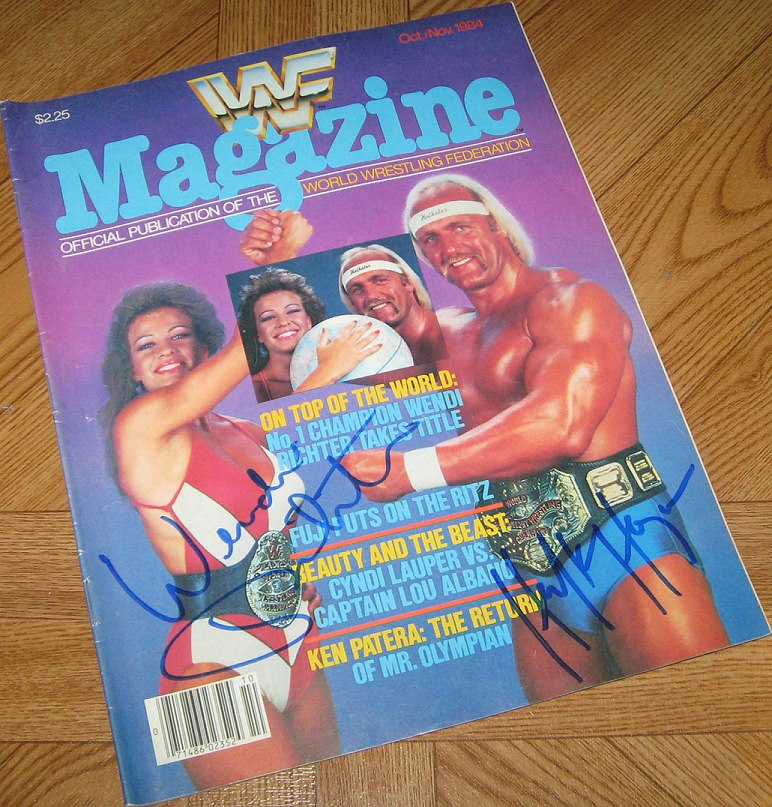 What does the future hold for Hulkamania?  It's all but guaranteed that Hulk Hogan will be back in WWE at any time.  What role will he play?  Time will tell, but count me in with the group of fans that is all for one last match in the ring.  This is professional wrestling.  Anything can, and will, happen.  This form of sport does not hold the limitations that others do.  Instead of complaining that a "young talent" wouldn't have a spot on a show such as WrestleMania XXX because the Hulkster does should not even be an argument.  He's more than earned his spot on any wrestling show that he pleases.  Thirty years of Hulkamania.  Thirty years of WrestleMania.  Seems like a no-brainer to me, brother.
Posted by J\/\/ at 7:00 PM