Looking Back On Five Years...

Blogging about a blog?  Only on special occasions, but a five year anniversary definitely warrants it!  Five years of wrestling memorabilia, memories, fun, tears, and maybe even a bit of drama (I'm looking at you, A.J. Lee).  We've discussed it all here, and had you told me five years just how much ground would be covered, I'd have called you crazy.  To put it into perspective, WrestleMania 25 was on the horizon, TNA was still starring Sting, Jeff Jarrett, and Mick Foley, and the game changing WWE Network wouldn't even have been imagined in the form that it eventually took. 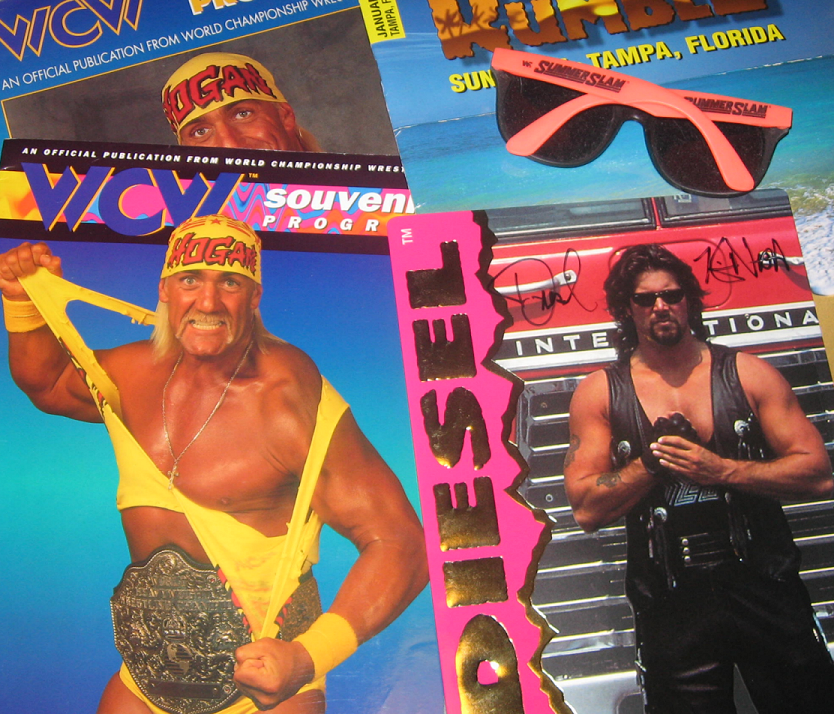 For those that don't know the story, this blog was born out of an online newsletter.  When I first hit cyberspace a whopping twenty years ago in 1994, it never hit me that people who were online would care about wrestling.  I can still remember a preconceived notion of mine that anyone online must only be obsessed with Star Wars or Star Trek.  To an extent, it was true, but eventually I began to discover clusters of wrestling fans in the then-new medium.  When America Online was a thriving entity, they hosted both the AOL Grandstand and the WWF's first venture into cyberspace. 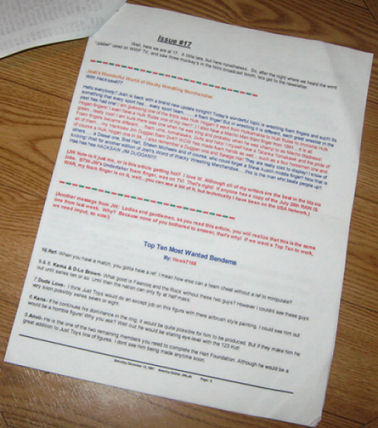 Into the late '90s, I came up with the idea of a newsletter covering wrestling memorabilia.  Recruiting subscribers from the AOL boards and relying heavily on word-of-mouth, the newsletter was born.  Sadly, I can say that only one full issue remains in my collection.  With a HUGE subscriber base and a ton of product to cover (this was the "Attitude Era," after all), the newsletter thrived and garnered a very nice following.  Eventually, because of other interests and the life of a highschooler, I had no choice but to fold.

In the decade between the end of the newsletter and the birth of the blog, it became apparent to me that a lot of people enjoyed my first venture.  "Do you still produce it?"  "Why did it end?"  "Is it coming back?"  I would hear those questions and more from wrestling fans both on the Internet and in real life.  I didn't have much interest in doing a newsletter again, but surely something could be done to address the great readers that missed it and satisfy my yearning to write about wrestling kitsch again.  The answer?  The blog. 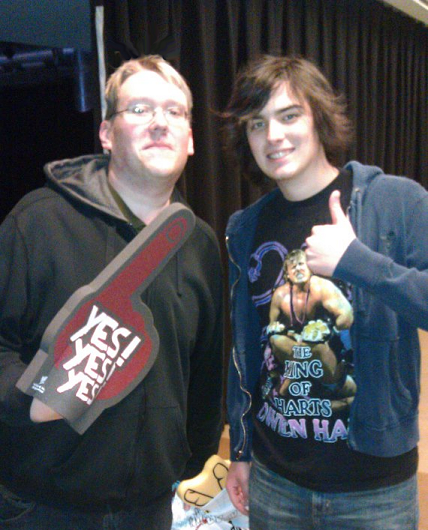 Originally I didn't intend to publish new content weekly.  If you look back at the earlier entries, a few win absolutely no awards for "quality" or "quantity," but as with any writer, reader response is what kept me going.  As much as I like going back and reading some of the entries, I don't publish it for myself, so I've appreciated every little comment I've ever gotten.  Any time that someone shoots me an e-mail, posts on the Facebook page, or pulls me aside at an event, I truly take it to heart.  I've had to opportunity to meet a ton of great people thanks to this weekly look at wrestling.  The blog matters, and exists, because you all take the time to read it.

Here we are in 2014 and it's actually a really great time to be a wrestling fan.  In fact, I will go on record as saying that we're closer than we've ever been to another "boom" period for the industry.  The WWE Network is setting out to not only change this industry but to also help further the evolution of home entertainment itself.  Mixing the glory days with the current product has always been my idea of a recipe for wrestling success.  That, coupled with the fact that WWE finally has stars that fans are emotionally invested in for the first time in a decade, is a sign to me that wrestling is back.  Is it the exact thing that many of us grew up loving?  No.  But some of it is pretty damn good, and I can assure you that I'll be here riding the wave for at least another five years.
Posted by J\/\/ at 7:00 PM