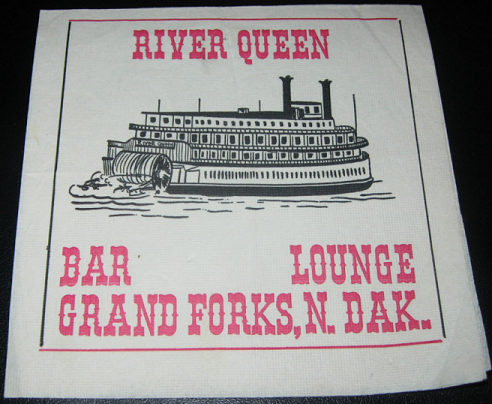 Sometimes the best collectible items were never meant to be saved at all.  They didn't necessarily begin their lives as anything significant.  Somewhere along the way, something happened to the item to make it special.  That event saved an ordinary, everyday item from being used, discarded, and ultimately disintegrating into nothing.  We're going to take a look at something just like that.  A small item that would've been destroyed over forty years ago had three specific men not come into contact with it.  That item, now a unique wrestling artifact, is...a cocktail napkin. 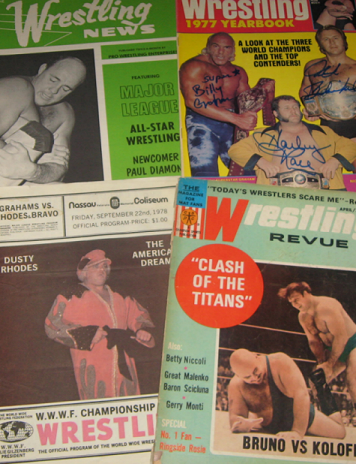 I like to refer to the 1970's as the "wild west days" of professional wrestling.  The "boom" caused by wrestling being a hit on the then-new medium of television in the '50s had long passed.  The "Rock N Wrestling" era of the '80s was still far off.  The '70s, from all accounts, still saw major popularity for the sport of kings, but stories of the era create a very exciting and somewhat chaotic image of the decade.  The NWA was still in full force, yet many of the individual promoters were battling outlaw organizations around the country.  The WWWF ruled the northeast, most importantly the gritty and often dangerous New York City of the era.  The AWA, however, is the territory that we may have the best glimpse into all of these years later.

Although a work of fiction, the AWA-backed 1974 film titled "The Wrestler," provides a fun look into the stars of Verne Gagne's promotion and the business in general.  In one of the most famous scenes, Dusty Rhodes and Dick Murdoch participate in a barroom brawl, a concept that creeps into many real-life stories from that time.  I'm sure that not all of the nights in bars ended up that way, but there's no doubt that many memorable moments involving wrestlers took place in various hole-in-the-wall establishments around the world. 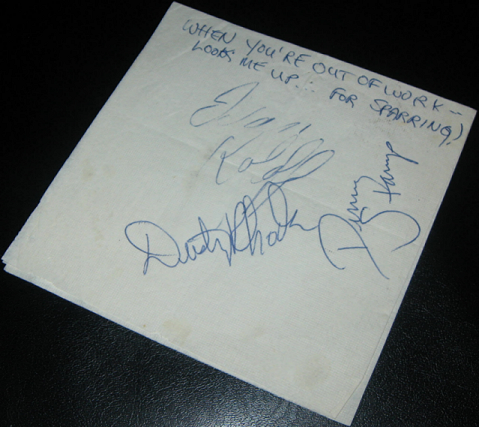 Several years ago, I stumbled upon a cocktail napkin that proudly advertises, "River Queen Bar - Lounge - Grand Forks, North Dakota."  On the back of the well-kept piece of ephemera are the autographs of Rhodes, Ivan Koloff, and Dennis Stamp.  The original owner of the napkin claimed that his dad obtained the autographs after a night of drinking around 1971.

Research suggests that the night was more likely in early 1972, as all three men were wrestling in the AWA at that time.  There doesn't seem to be much info regarding the establishment, but one can only imagine the atmosphere, especially when this troupe of grapplers entered the scene.  Adding to the story is the interesting quote of "When You're Out Of Work--Look Me Up...For Sparring!"  It's hard to tell just which one of the three wrestlers added the quote, but perhaps a barroom brawl did in fact break out that night!

Items like these are what truly keep the history of the business alive.  The autographs aren't rare and all three men still sign today, but it's the manner and context that make them much more interesting than one obtained in a normal setting.  Surely none of the three wrestlers or the recipient of the autographs ever would've imagined that small, square, early '70s napkin being discussed nearly a half century later, but here we are.  Dusty, Ivan, and Dennis, here's to you and those glory days, and nights, on the road!
Posted by J\/\/ at 7:00 PM