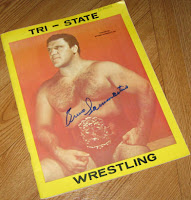 When discussing wrestling history, cities such as New York, St. Louis, Dallas, Charlotte, and Tokyo immediately spring to mind. While there's no doubt that these were the top wrestling hotbeds, there is an underrated, overlooked, and often ignored city that deserves recognition. This is the Steel City, Pittsburgh, Pennsylvania.

It truly doesn't matter which era of wrestling you're most familiar with. From Bruno vs Steele to Mankind vs The Undertaker, Pittsburgh wrestling fans are full of squared circle memories. The hard working, blue collar fans in the Steel City 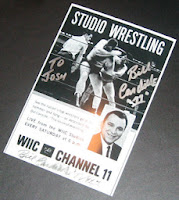 simply resonate with each and every aspect of pro wrestling. The hard hitting action. The rough characters. The traditional struggle of good vs evil.

Sadly for fans under the age of about 45, many of Pittsburgh's greatest wrestling moments are lost to history. The legendary Studio Wrestling program that starred Bruno Sammartino, Dominic DeNucci, The Crusher, The Battman, Waldo Von Erich, George Steele, announcer Bill Cardille and so many, many more is all but gone. WIIC-TV (now WPXI) , like many early television entities, taped over the weekly shows. Programs, magazines, photos, and even a few sound bytes are all that is left to keep the memories alive. 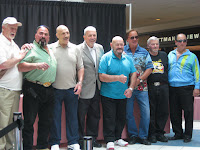 Another way that the Pittsburgh wrestling legacy has been kept alive is from a series of Studio Wrestling reunion appearances held in the area over the past two years. Sammartino, Steele, Johnny DeFazio, Ivan Koloff, and Baron Mikel Scicluna (in his final appearance) are just several of the names to attend these events. The appearance of children at these shows is proof that longtime Pittsburghers are sharing their longtime love for the sport of kings.

As touching as it is to see fans, young and old, meeting their local heroes, it is equally as compelling to witness the wrestling legends themselves in the spotlight once again. Even men such as Sammartino, Koloff, and Steele who attend such shows around the country are obviously affected by the outpouring of admiration in Pittsburgh. Hearing their stories, often elicited before 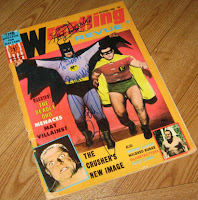 the events by Bill Cardille, only reinforces the rich history of the region. Many fans, such as myself, get extra stories out of the stars when presenting classic items for them to autograph. It is these tales and memories, not the autographs or items, that are the true irreplaceable antiquities.

Sadly, it seems that one of the biggest icons of the city is on life support. As I discussed about a year ago, the Pittsburgh Civic Arena seems to be just 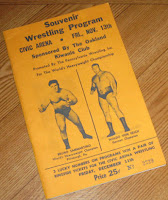 months away from meeting the wrecking ball. A truly unique structure, the "Igloo" was home not only to so many of Sammartino's legendary battles, but also two of Pittsburgh native Kurt Angle's championship wins as well as the infamous Mankind-Undertaker Hell in the Cell match. It was also the place where, in 1992, a 9-year-old kid witnessed his first ever live pro wrestling card that just happened to involve Hulk Hogan, Roddy Piper, and Ric Flair.

Even government "progress" can't diminish the impact pro wrestling has had on the former "smoky" city. It's a shame that someone has not chronicled Pittsburgh's amazing 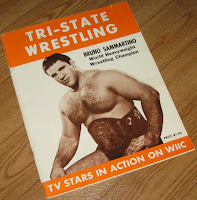 wrestling story for posterity. Whether or not that ever happens, Pittsburghers themselves know that they live in one of the world's great wrestling cities. Perhaps the very last "best kept secret" the sport will ever know.

Keeping with the legacy of Pittsburgh wrestling, I present a personal collectible story involving one of Studio Wrestling's late stars.

Chief White Owl was one of the many names that frequently competed in the Pittsburgh/Cleveland area. A fan-friendly wrestler, the Chief was known to be accessible for autographs. This is proven with the fact that over the past year

I've acquired two of the Chief's autographs that were signed in the 1960's. Several magazines even show the Chief signing for groups of fans. One of those is this particular issue of Wrestling World.

This issue contains a multi-page article on the Chief and the various locales in which he was wrestling at the time. The photos for the article were taken at a Studio Wrestling taping. Upon reading the article, I noticed the Chief about to sign a Tri-State Wrestling publication. The Tri-State books are among my favorite wrestling collectibles of all-time. A total of five were produced by the 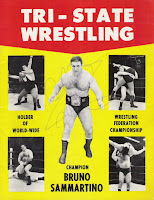 Pittsburgh wrestling office in the 1960s and each contains a virtual time capsule of wrestling in Pittsburgh and the Bruno Sammartino dynasty. Although rarely found, issues will often include signatures obtained by the original owner. My own copy of the particular issue that Chief White Owl is about to sign in the photo...has Chief White Owl's signature on the cover.

In a bit of detective work in the style often left to devotees of the Kennedy assassination or UFO researchers, I enlarged and rotated the photo of White Owl about to sign the magazine and inset a photo of my own copy. The 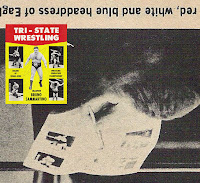 astute fan can see the small photos of Bruno performing various wrestling moves on the cover of the magazine. Is White Owl about to sign my exact copy? We'll never know. White Owl signed plenty of autographs and many fans used these Tri-State magazines for that exact purpose. Just like those who insist that someone is lurking in the grassy knoll...I believe in the photographs!
Posted by J\/\/ at 8:50 PM